Y’know, I didn’t realize how many books actually came out per month–and so many on the same day–until I started doing these release posts. Kinda glad I did because knowing is half the battle. (My wallet vehemently disagrees and begs me to reconsider.)

February’s book releases almost snuck up on me, but I managed to pull a little list together. As always, sorry if I didn’t include your most anticipated release on here. I just went with what caught my eye (and that I know about). 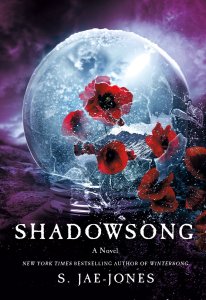 So Wintersong immediately caught me because it was a Labyrinth-esque, Goblin King romance, and who doesn’t love that? The experience of reading the book itself was so much more than that, though. I found myself being swept away into a dreamlike-world with unique characters from which I didn’t emerge until two days later, bleary-eyed and disoriented. And a little sad because the story was over, and I still craved more.

When S. Jae-Jones declared she was going to follow up Liesl and the Goblin King’s story with Shadowsong, I fell out; I was so beyond excited! Wintersong was haunting and beautiful and so very Fae, but I needed more closure than what it gave me. Here’s hoping that Liesl, Josef, and der Erlkönig get the ending they deserve. Also, I am loving this New Adult genre because it is bringing so much to the table. More of this, immediately.

The Falling Kingdoms series is one that you could call a guilty pleasure of mine. If I was a person that actually believed in guilty pleasures. I don’t, and I enjoy this series in all its ridiculous, kiddy-Game of Thrones glory.

Really, though, I’m in this for two characters: Magnus and Cleo. They’re just amazing, separately and as a ship, and behold! Is that them on the cover of Immortal Reign? YAS BITCH YAS!!!

Anyway, I’ve been eagerly awaiting the conclusion of this series since reading Crystal Storm last January. Who’s gonna live? Who’s gonna die? Who’s gonna be “that bitch” and stab someone for the twentieth time? Really, I just need to know if Magnus and Cleo are going to make it. They’re my everything. They’re why I’m still here! 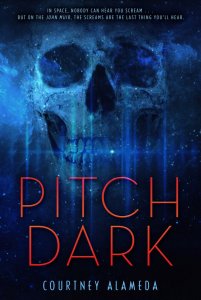 I didn’t realize this was a genre I loved until recently. After all, I’m not a fan of horror films and, while I love sci-fi, actual real space scares the shit out of me. It’s so… big and unknown and doing nonsense we couldn’t possibly survive if we got too close. (Looking at you, black holes. You stay the hell up there.)

But Pitch Dark sounds amazing and terrifying, but mostly amazing. Tuck’s been in stasis aboard the USS John Muir, which is the home of some of Earth’s most valuable artifacts, aka its natural resources, until Laura and her scavenging family wake him up. Now they have to work together to survive against aliens who can kill with sound. Sound, y’all! Such an underused element, in my opinion. May Pitch Dark be as harrowing and creepy as I long for it to be. 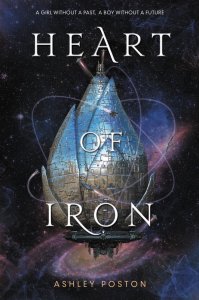 Heart of Iron has got many things going on, judging by the synopsis. Main character Ana has largely been looked after by rough-and-tumble space captain and crew alongside her sentient, illegal android, D09. When D09, one of the last of his kind, begins glitching, Ana rushes to obtain the coordinates for the one place that could offer the answers to fix him. However, an Ironblood gets to them first.

Together, she and the Ironblood become unwilling fugitives and partners as they attempt to elude capture and make their way to the coordinates’ location alive. Getting there is one challenge, but dealing with the dangerous secrets they uncover could mean consequences and choices they’re not ready to face.

The main thing that turned me on to this is that I feel, in my heart of hearts, it’s going to be full of a colorful cast of characters. Unless I’m wrong, in which case that sucks, but hey, at least I’ll have the sentient android to console me. 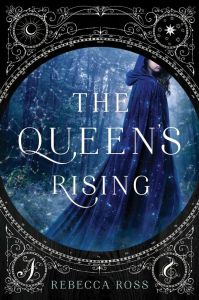 The Queen’s Rising is being compared to Victoria Aveyard’s Red Queen series, but I’m praying it’s nothing like that because, wow, those books got tedious, and Mare became intolerable.

But Brienna seems much more interesting already. See, she’s been struggling to figure out her innate talent, or passion, that some people in her kingdom are born with. When she fails to find a patron after belatedly choosing knowledge, she’s eventually approached by a disgraced lord who has ulterior motives for offering her patronage. Soon, Brienna is caught up in a plot to overthrow the king of a rival kingdom and restore the rightful queen and her magic to the throne.

This book sounds as if it’s heavy with politics and characters with duplicitous motives and identities, and I am into that. Sign me up!

I really don’t know where the plot of Honor Among Thieves is going as the synopsis is shrouded in a fair bit of mystery, but oddly enough, I don’t mind that this time. Why? Because Zara Cole promises to be a scrappy sort, and after being recruited to the Honors, she gets assigned to a sentient alien ship named Nadim, and that’s all I really needed to be told.

I am ready for whatever this human-ship bond is going to be and wherever this adventure is going to take us. It’s so Farscape, a show I’ve sadly seen too little of since they took it off Netflix, but the whole sentient ships thing was one of my favorite things about the show. Plus, I tend to love books written by multiple authors, so I’m intrigued to see what Rachel Caine and Ann Aguirre came up with together.

Okay, I admit it. I actually resisted adding The Belles onto this list initially. From the synopsis, though it was detailed, it only seems to read like it’s a highly glamorized, magical turn on modeling/beauty pageants in a way: “In the opulent world of Orléans, Belles are revered, for they control Beauty, and Beauty is a commodity coveted above all else. In Orléans, the people are born gray, they are born damned, and only with the help of a Belle and her talents can they transform and be made beautiful.” I mean, c’mon, even the cover backs up that interpretation, and it didn’t seem like the kind of story I’d be interested in.

So why’s it on the list? Well, because I’ve managed to have my mind changed. The hype for this book has been surging, and the ARC reviews have been largely promising, especially in regards to the world-building and how deep the story is. I’ve even come to love the cover because, after all, it features a woman of color in stunning detail, and the book itself is about this character’s control of Beauty. That’s a damn good message to flaunt on your cover if I do say so myself.

I’m looking forward to giving The Belles the chance it deserves.

Well, that’s all for this month. Let me know if any of these caught your eye, and of course, do share with me any books you’re particularly hyped for coming out this February!