Another month approaches! How’s everyone doing? Been keeping up with your To-Read list so far? (Yeah, me neither. What a hilarious question.)

I don’t have many books on my list for April, but the ones that are on here, I am dying to come out! I’m actually thankful that this month’s releases aren’t as numerous as my past ones have been. I have too much to read from the first of the year alone lol 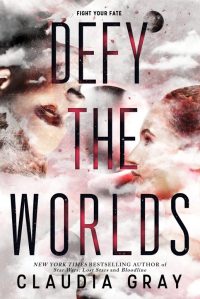 Ever since I put down Defy the Stars, I’ve been desperate for its sequel, Defy the Worlds. Claudia Gray has gifted me with two wonderful protagonists, and I’m beside myself whenever I think about them. What is Abel getting up to? What’s become of Noemi? What’s going to happen next?

I won’t launch into what this sequel is about since it would spoil the first book, but just know that I am losing my mind over it! At least the wait’s almost over… It’s been rough. If you’ve been looking for a compelling, detailed mech/human romance, check this series out!

Not a fan of the new cover re-designs, I’ll admit. The cover for the first book was beautiful but simplistic, not to mention extremely symbolic of something within the world. These new ones look far too busy and “washed out,” and I do not like having random people’s faces on the cover that look nothing like Noemi and Abel. But I know the author has very little control over that, so I’ll just look forward to the no-doubt gorgeous and thoughtful story inside. 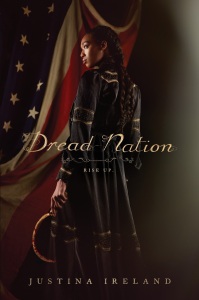 How awesome is this cover, though? I never even conceived a book like Dread Nation would come into my life, but here it is, written by #OwnVoices author Justina Ireland at that.

America’s Civil War comes to a screeching halt when the dead start walking the earth. Jane McKeene grows up in this world, attending Miss Preston’s School of Combat in Baltimore as decreed by the Native and Negro Reeducation Act. There, Jane has the opportunity to become an Attendant, learning etiquette and weaponry to protect society’s elite. Yet Jane just wants to return home to Kentucky. Before she can, she finds herself in the middle of a conspiracy. With Baltimore’s elite going missing and enemies circling her, the walking dead just became the least of Jane’s problems.

Tell me that doesn’t sound lit as hell? I don’t immediately gravitate towards zombies or the Civil War era (or much American history, despite it being my own), but I am so excited for this book and its black protagonist! 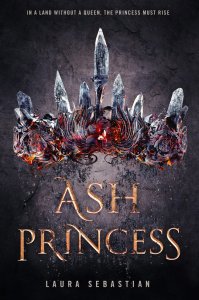 I’m drooling over this cover, too. I’m a sucker for minimalist shit.

Theodosia is a princess who was forced to watch as invaders killed her mother, the queen, before her eyes. A decade later, she is little more than a slave and a trophy in the Kaiser’s court, pretending to be empty-headed and non-threatening.

Until the Kaiser forces her to execute the last hope of escape she had. Vowing revenge, Theo instigates a plot to seduce the Kaiser’s warrior son with the help of a group of magically-gifted rebels. But once she begins developing feelings for the Prinz and the rebels also challenge her friendship with Cress, a member within the Kaiser’s court, Theo’s lines begin to blur, trust dissipates, and once easy choices become hard. Everything comes down to this: How far will Theo go and what will she sacrifice to become queen?

Ash Princess by Laura Sebastian sounds familiar, but since it seems chock full of the kinds of tropes I’m always here for, I don’t care. Rather, I’m very intrigued. 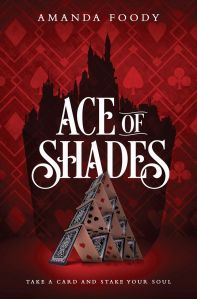 The seedier a book sounds, the likelier I’m going to adore it.

Ace of Shades by Amanda Foody has a deadly and addictive city, gambling, street gangs, con men, a mafia donna, cabarets, and a mystery. In the midst of that is proper young lady Enne Salta who is searching for her missing mother, her sole lead ushering her towards Levi Glaisyer, a street lord and con man. Levi decides to help Enne only for the monetary compensation she promises as he is one payment away from escaping repercussions of an investment scam gone wrong.

But New Reynes, the City of Sin, is a dangerous place, and when Levi’s enemies catch up with him, it’s up to Enne to embrace the city and save him from an execution game that players never win. And she will have to play.

I don’t know how many dark and twisted turns this book is going to take me on, but I’m here for it, every step of the way. 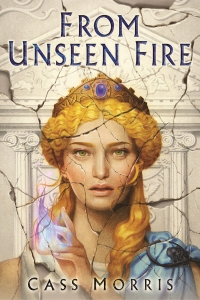 There is so much going on with From Unseen Fire by Cass Morris that I’m not sure where to start.

How about with what caught my attention about it? The novel opens with the Dictator being overthrown and a Republic being formed. A Republic that many people are vying for the power to shape.

So it already wins points for political intrigues. It wins some more by featuring what sounds like an awesome female protagonist, Latona of the Vitelliae, a mage of Spirit and Fire. Her sisters all sound awesome, too: one who’s a widow with the reputation of a frivolous socialite that actually hides a political mind; one who is a young prophetess trying to figure out the shifting tides of the world; and a military tribune who leads a dangerous expedition. The best part? They aren’t enemies but allies of Latona, helping her stand against all the people who want to try to stop her.

Latona will also become entangled with Sempronius Tarren, a senator who has ambitions and secrets of his own. These two will work together to shape the Republic’s future and save it from their enemies.

Or will they? Hmm… (This isn’t part of the summary, but an actual question I’m posing with delicious anticipation.) 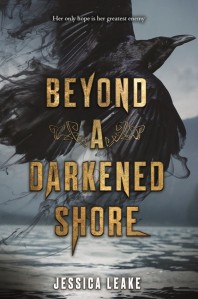 I literally don’t need to be told anything else. Beyond a Darkened Shore by Jessica Leake should be on my bookshelf since yesterday. I’m so excited to explore the land of Éirenn and meet Ciara, Princess of Mide, who can control her enemies’ minds and actions. I’m ready to learn what her visions of seeing crows mean. I’m intrigued about Leif, the Northman leader who should be Ciara’s enemy, and what the two will discover together. After all, he’s been having the same visions, too. What darkness is brewing against them both and their separate peoples, and what is it going to take to stop it?

Also, I spied somewhere that there are supposedly fae in this book, and oh, you couldn’t have found a bigger weakness for me if you’d tried.

That’s all for this month! Let me know if any of these made your list and why you’re eager to read them.

Admittedly, there are some April books that didn’t make the list that I’m looking forward to but didn’t stir in me the kind of enthusiasm like these did. Still, if you’re waiting for a book that’s not on this list and you want to scream at me about it, please feel free to do so! I want to hear your beautiful thoughts!

Y’all take care ’til next time~