Guess who’s back (back again)?

Hey, everyone! I’m here with another most anticipated book releases post, this time for October 2018! There’s a lot of sequels coming out this month that I’m sad I can’t include on this list (like Muse of Nightmares) because I still haven’t read the first books. Gah! Mel, why are you this way?

Still, I managed to get together a good batch for this month, and I’m happy to announce my most anticipated book for October is… 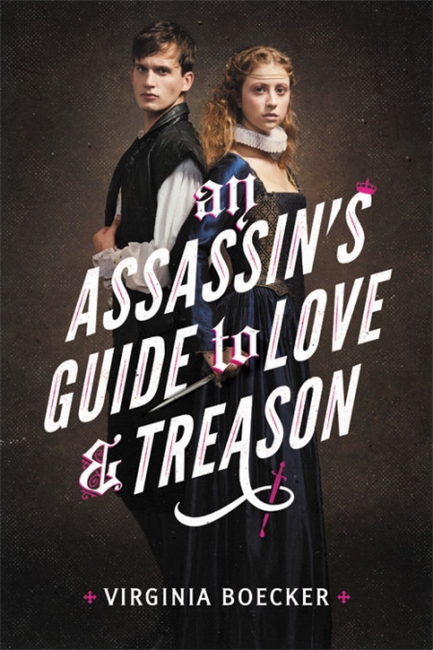 An Assassin’s Guide to Love and Treason by Virginia Boecker just looks like a good time, honestly. When Lady Katherine’s father is killed for practicing Catholicism illegally, she vows to finish what he started, namely his treasonous involvement with a plot to assassinate Queen Elizabeth I. Disguising herself as a boy, Katherine travels to London and sees her best chance to kill the queen by infiltrating Shakespeare’s latest play, which will be performed before Her Majesty. In truth, Toby Ellis is the mastermind behind this play’s performance. As a spy for the queen, he is using it to root out insurrectionists and quash the rebellion forever. But when Katherine and Toby are cast as the play’s leads, the more precarious their own positions and resolves become. Release date: October 23

The Spy with the Red Balloon by Katherine Locke takes place during World War II, with siblings Ilse and Wolf, who hide magic within their blood. When the government discovers their secret, Ilse is blackmailed into lending her magic to America’s latest weapon, the atomic bomb, while Wolf infiltrates enemy lines to sabotage the Nazis’ nuclear program. When Wolf’s plane is shot down, his mission is nearly compromised, and he’ll need Ilse’s help to cultivate the magic that can save him. But with a spy in Ilse’s laboratory, her letters to her brother start to look treasonous; Ilse will need to prove her loyalty and somehow save her brother before time runs out for them both. Release date: October 2

Priest of Bones by Peter McLean is an ARC I still desperately need to read. With the war over, army priest Thomas Piety returns home at last with Lieutenant Bloody Anne in tow. Thomas’ criminal empire has been stolen from him during the war, and with his gang of Pious Men, he’ll seek to take it back. When Thomas is caught in a web of political intrigue and forced to work in secret for the Queen’s Men, he realizes that the more loyalties are broken, violence erupts, and people are pushed to desperation, the less the war seems like it’s actually over. In fact, it seems like it has just begun. Release date: October 2

Shadow of the Exile by Mitchell Hogan is yet another ARC I need to start–how did this happen?? Demon Tarrik Nal-Valim is exiled, outcast, and long forgotten by the world of men, or so he thinks until a desperate sorcerer summons him. The daughter of Tarrik’s last master and friend, Serenity “Ren” Branwen has been driven to the edge, making ruthlessness her only option. Now, Tarrik is compelled to obey her by powerful magic, even though Ren’s designs would resurrect unimaginable power and potentially destroy Tarrik’s entire race. As events unfold and the lines between master and demon blur, Tarrik realizes there’s more to Ren than what she projects to the world, but to prevent terrible destruction from taking place, Tarrik may have to sacrifice his chance for redemption and an end to his exile. Release date: October 9

Beneath the Citadel by Destiny Soria features a city named Eldra, where the people are ruled by ancient prophesies, which a high council of elders use to remain in power. When an infallible prophecy came to pass, it triggered a series of murders and a rebellion that lasted for over a decade. In the present, Cassa finds herself burdened with the legacy of rebellion her departed parents have left her. Her only allies are serious Alys, laid back Evander, and the easily underestimated Newt, and the pressure to lead is almost too much for Cassa bear. Finding the details of the last infallible prophecy is the only way to save the city and themselves, but it may already be too late. I loved Soria’s Iron Cast, so I’m stoked to see what else she has in store! Release date: October 9 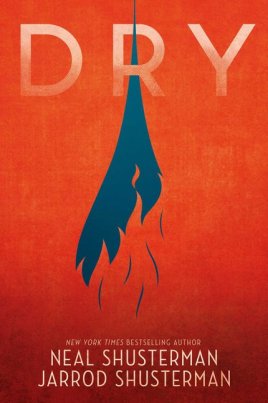 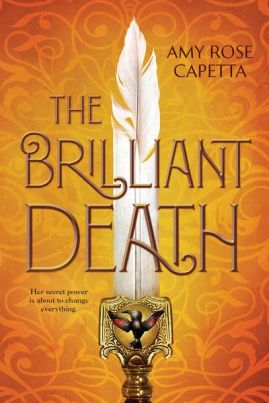 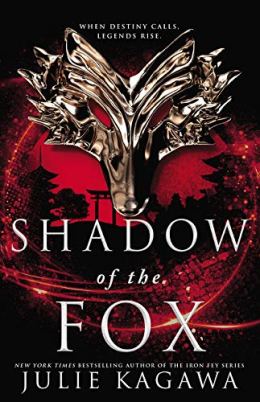 Dry by Neal and Jarrod Shusterman makes me think back fondly to my Australian historiography professor and his delightful (and relevant) conspiracy theories. I remember him saying, “The next war America fights won’t be over racial divide or economics. It’ll be over water and who controls it.” Neal and Jarrod Shusterman just went there. The drought, or Tap-Out, has been occurring for a while in Alyssa’s world, but when the tap finally runs dry, her suburban street turns into a war zone of survival and desperation. With neighbors and families turning on each other in the hunt for water, Alyssa has to make impossible choices to stay alive, especially after her parents go missing and the lives of her brother and herself are threatened. Release date: October 2

The Brilliant Death by Amy Rose Capetta follows Teodora DiSangro, a mafia don’s daughter who turns her family’s enemies into music boxes, mirrors, and decorative objects. Stregas, or magic wielders, are supposed to be nothing but fairytales, but Teodora has kept her gifts a secret. When the Capo, Vinalia’s new ruler, poisons the heads of the Five Families, Teo leaves to save her dying father, transforming herself into DiSangro’s son. She’s soon joined by Cielo, a strega who can switch between male and female effortlessly, and as they travel to the capital, Teo’s feelings for Ceilo grow, and she realizes how much she’s missed by hiding her true nature. But the closer they get to the capital, the more they uncover sinister secrets about what’s happening in the county, and Teo can’t forget her true mission: to save her family at any cost. Release date: October 30

Shadow of the Fox by Julie Kagawa is a homage to Japanese mythology and culture, so I feel almost magically compelled to give it a shot. I enjoyed Kagawa’s Iron Fey series, and I hope this new project has the same special quality to it. As a half-human, half-kitsune, Yumeko has trained all her life to hide her yokai nature, but when her family is killed and her home burned to the ground, she must flee with part of the Scroll of a Thousand Prayers. This scroll can summon the Kami Dragon, who will grant any wish to the summoner, no matter how terrible. With an army of demons after her, Yumeko must protect the scroll, even from her unlikely ally, Kage Tatsumi, a samurai of the Shadow Clan who also has designs on the scroll. Release date: October 2 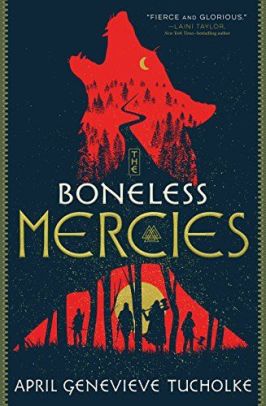 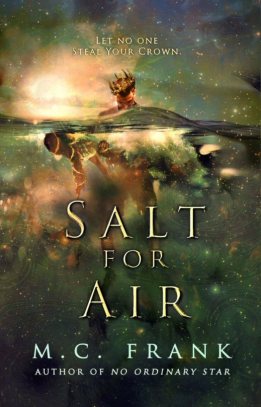 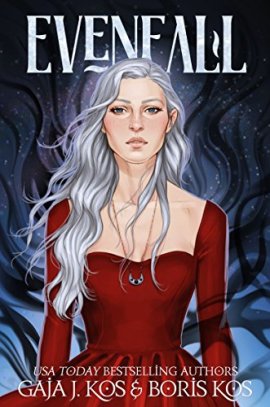 The Boneless Mercies by April Genevieve Tucholke is a standalone novel following a band of female mercenaries. Frey, Ovie, Juniper, and Runa are assassins-for-hire, dealing death quickly and mercifully to their marks. However, Frey seeks a new life for them all, a new life that becomes possible after hearing reports of an unstoppable monster ravaging a nearby town. If the girls can fell the monster, they can leave the death trade forever and start anew, not just paving a new path for themselves but for women everywhere. Here’s hoping for some bonds of sisterhood and some hella good feminism! Release date: October 2

Salt for Air by M.C. Frank follows the orphaned Ellie, who is viciously bullied at school and dreams of mermen and underwater kingdoms to escape her reality. When her bullies go too far and nearly drown her, she’s saved by a real merman, who challenges her to find the strength to save herself. It seems like a dream to Ellie, until the merman arrives at her school, claiming to be the exiled prince from a nearly destroyed kingdom–and he needs Ellie’s help to save him. But there’s more deadly happenings lurking in the water surrounding Ellie’s tiny Greek town than she knows, and her resolve might not be enough to face it. Release date: October 23

Evenfall by Gaja J. Kos is on this list, I admit, because of the hint I’m getting of a hero/villain romance. When Ember wakes up in an unfamiliar world, she doesn’t expect to be called “savior.” Now, she’s hunted by the Crescent Prince and his legion of shadows, with only Ada, a young Mage, to help her navigate this strange land’s blood magic and illusions. Ada sees Ember’s powers as a force for good, but Ember senses a monstrous, icy darkness within her that wants to take life, not save it. Ember can’t trust herself or her senses in this new world, especially once she realizes she’s being drawn to the one person she shouldn’t be. Release date: October 30

That’s all for this month! Which of these books have you dancing in your seat for? Have you pre-ordered any of them? Anything not on this list you want to gush about? I want to hear all about it!

Until then, take care and happy reading~