Hey, everyone! Today is my birthday, so I wanted to do a quick book tag for it because why not? This is actually a combination of questions from book tags I liked, so not 100% original but oh well.

I hope everyone’s having an amazing day so far. Other than my birthday, May 2nd marks some cool historical events:

And as far as fandom events are concerned—Battle of Hogwarts and Voldemort’s death, anyone?

Cool facts, let’s get to the tag!

Amid Stars and Darkness is trope-y as hell, and I love every second of it. A mistaken royal identity, an alien bodyguard, an evil alien prince for a fiancé, and the human MC trying to juggle it all. Perfection.

2 – BIRTHDAY CANDLES – count your birthday along your bookshelf, and then subtract your birth month

I had to go backwards on my shelf because the month is longer than the day, but there it is. Very much looking forward to this standalone by Kiersten White.

3 – SWEET ANTICIPATION – your most anticipated book release this year 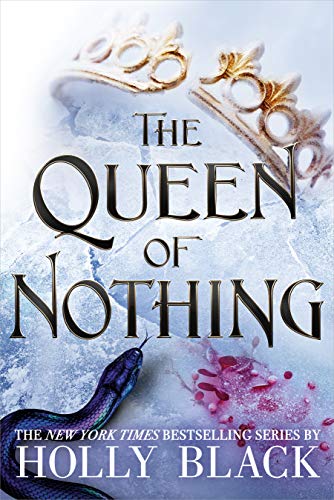 It would’ve just been The Wicked King alone, but Holly Black moved the publication date up for The Queen of Nothing, so I am losing my mind right now!

4 – PARTY GUESTS – if you could spend your birthday with any fictional character, who would it be and why?

It’s gotta be Starscream, the shittiest, vainest, and most beautiful bird in all the galaxy. Starscream is the schemer type of character that I fall for every time. He craves power for power’s sake but also because he genuinely believes he could help Cybertron in a way that Megatron never could. Yet covering that sliver of good intention is a pile of selfishness, self-preservation, treachery, and a low, low roll on charisma. Yet he is endlessly entertaining; I could watch him and have fun arguing with him for hours. There’s a reason he’s Ultimate Fictional Husband and why no one else could even compete with this question, even if he would sell me to Satan for one corn chip.

I mean, did you really think I wouldn’t be trash on my birthday?

BK-ARRIVALSSUMMERREADING-JUNE25 If We Were Villains, M.L. Rio, Flatiron Books Uploaded by: Deborah Dundas 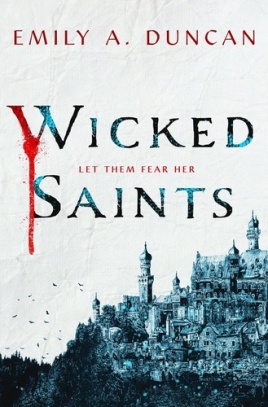 Yeah, I cheated again, but these all deserve to be here.

If We Were Villains was a book my friend Colby recommended to me. Normally, I wouldn’t have picked it up, but I’m so happy I did because it’s a book I think about a lot. Shakespearean drama in a modern-day setting at an actor’s conservatory, caustic and complex relationships between the characters, and a murder most foul, this book is a perfect example of what blurs the line between art and life.

Pestilence is here because, oh my word, you mean there actually is a dark fantasy romance book out there worth reading? I am still shocked; I was beginning to think fantastic adult romance was an old wives’ tale, an urban myth, a fable whispered in the dark. Nope, it’s here, with one of the Four Horsemen of the Apocalypse. Who knew?

Finally, we have Wicked Saints. While I was hoping to like this one, I didn’t know for sure if I would be blown away or if the hype had oversold it. I’m actually still surprised by how amazing it was and how deeply this book and I hooked onto each other. But Nadya, Serefin, and Malachiasz are now bosom companions of mine. You go, you funky little clerics and blood mages with your gods and your heathenism.

I did it! I found a book were Spring happens a lot! And it’s Uprooted, an absolutely amazing book! Wow!

And yet, despite the hype Spinning Silver did receive, I still don’t think it was hyped enough for how wonderful it is.

When I was younger, I never appreciated emerald green. Now it’s one of my favorite colors, possibly spurred by the realization that I’ve only become more Slytherin the older I’ve gotten. The Seven Husbands of Evelyn Hugo features some good emerald shades in the background and is also a book I’ve had my eye on for a good minute.

Six of Crows possesses both prose and dialogue that’s some of the most beautiful, memorable, and downright laughter-inducing that I’ve ever read. I remember lines from it all the time.

So I’m only going to include the bare minimum of my favorites:

The water hears and understands. The ice does not forgive.

“When everyone knows you’re a monster, you needn’t waste time doing every monstrous thing.”

Jesper knocked his head against the hull and cast his eyes heavenward. “Fine. But if Pekka Rollins kills us all, I’m going to get Wylan’s ghost to teach my ghost how to play the flute just so that I can annoy the hell out of your ghost.”
Brekker’s lips quirked. “I’ll just hire Matthias’ ghost to kick your ghost’s ass.”
“My ghost won’t associate with your ghost,” Matthias said primly, and then wondered if the sea air was rotting his brain.

10 – MAKE A WISH – pick a book set in a time period, world, or country you would like to have been born in

11 – GETTING OLDER – a book that you read a long time ago, but you think that you would appreciate it more if you read it as a more mature reader

I read the entire Lord of the Rings trilogy in 7th grade because the films had/were coming out. Even though I wrote a book report on them, I remember almost nothing about them except for a few scenes here and there that weren’t in the films. I definitely feel like I need to re-read them again, now that adult fantasy isn’t as intimidating to me and I’m a more conscious reader.

Catch-22 was assigned reading in my senior year of high school, but it got me through my dad’s lung cancer and subsequent lung surgery with its absurdist humor and its satirical commentary on war. I remember reading the entirety of it in the hospital, waiting to hear if my dad pulled through or not, so it will always be one of my favorite books for holding me together.

I got my dad to read it a few years later, and while I definitely don’t think he appreciated it as much I do, he still wants to watch the Hulu original show with me. I’m so excited!

I had a blast doing this tag, especially since I combined the questions of two birthday tags I liked. I definitely encourage you to do this one for your birthday, too, and please tag me if you do!

One thought on “The Birthday Book Tag”